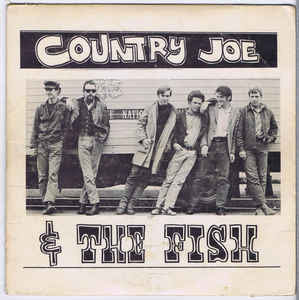 I don'y always like the music of Country Joe, but I've always been interested in their idea of using records as propaganda and promotion of counter culture ideas.

This E.P. (their second release) became legendary in San Francisco and was sold for $1 a copy. Despite it's cottage industry origins, it appeared in underground record shops in New York and London.

Moving away from folky protest, the band move into bay area psychedelia.

Email ThisBlogThis!Share to TwitterShare to FacebookShare to Pinterest
Labels: Country Joe And The Fish