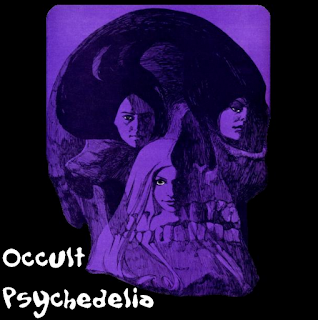 
Ace compilation of psychedelic music with a common theme of the occult.

Thee Temple Ov Psychick Youth (or TOPY) was a fellowship founded in 1981 by members of Psychic TV, Coil, Current 93 and a number of other individuals. The network was a loosely federated group of people operating as a blend of artistic collective and practitioners of magic.

In 1990, the group privately released this strictly limited cassette, which was compiled by member Carl Abrahamsson.

This version was recently recompiled from better quality audio sources by Fearlono at Cottage of Electric Hell!
Posted by itslostitsfound at 10:15 6 comments:

ALEX SANDERS - A WITCH IS BORN 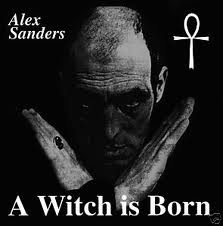 During the sixties and seventies, Alex and Maxine Sanders were the most recognisable faces in Wicca. They appeared in many magazines, on television shows and, in 1970, they made their own record.

'A Witch is Born' is an audio recording of the initiation of Janet Owen.

This is not an album that you play will play repeatedly. However, it is of interest to those who like historical audio documents and its subject matter earns it a place in this Halloween special. 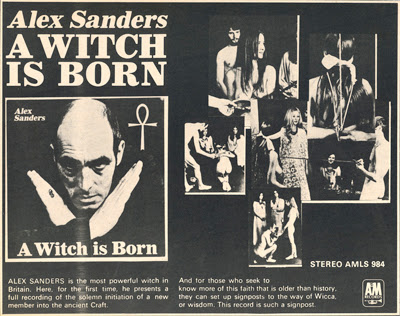 Advertisement in Rolling Stone magazine.﻿
Posted by itslostitsfound at 10:14 1 comment:

THE MANSON FAMILY - THE FAMILY JAMS 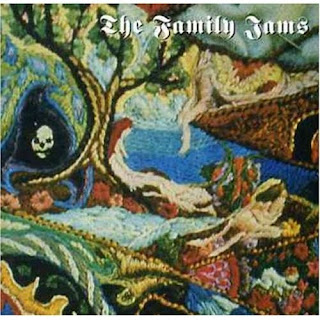 This album of Charles Manson songs was recorded by The Manson Family as the 1970 murder trial was ongoing. Recorded in the Spahn Ranch saloon, some songs contain references to the unfolding events in the trial. “Get On home” contains a direct reference to the defendants carving an ‘X’ onto their foreheads :

"When you see the children with x's on their head, if you dare to look at them, soon you will be dead."

Originally a private press release as “Manson Family Sings the Songs of Charles Manson" on vinyl and limited to 999 copies.

This reissue from 1997 was released simultaneously on Transparency Records and Aurora Records and has the original album remastered on disc 1 and outtakes and alternate versions on disc 2.

Not too dissimilar from a lot of commune folk around at the time, this music contains an undeniable spook. The lo-fi recording quality, the back story and Manson’s lyrics make this an unsettling, stoned listen.
Posted by itslostitsfound at 10:14 10 comments: