The Wasted Lakes - Häxan - Witchcraft Through the Ages 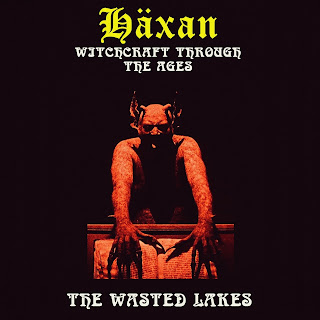 I've always wanted to perform an improvised soundtrack to a film and last December, I done just that.

Häxan, a 1922 Swedish-Danish documentary about witchcraft, has long been a personal favourite. In its original form, it was two hours in length with dialogue boards. In 1968 a version with William Burroughs narrating was released. This was subtitled 'A History of Witchcraft'. I decided to use this shorter cut of the film.

Next, I asked Jonathan Sharp (The Heartwood Institute) and Joe Hiscoke (Holiday, Ponyland) to perform alongside me. 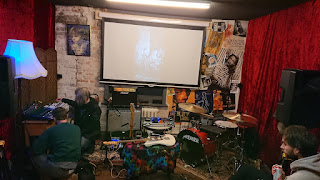 We had one soundcheck and decided to not prepare anything in advance.

The soundtrack was recorded, in front of the film and audience, on December the 14th and is presented here in full.

The film with accompanying soundtrack can be viewed here: 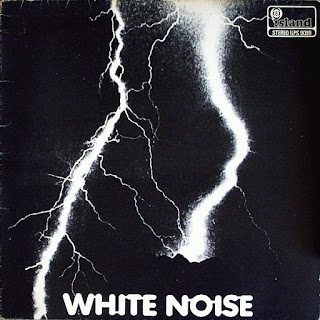 01 Love without Sound
02 My Game of Loving
03 Here Come the Fleas
04 Firebird
05 Your Hidden Dreams
06 The Visitation
07 Black Mass: An Electric Storm in Hell

Side 1 has electronic semi-pop tunes, almost baroque in places. side 2 is the real deal; mental, terrifying electronic music for a balck mass. Great stuff.

A wee bit of trivia; a brief extract from the track "The Black Mass: An Electric Storm in Hell" can be heard in the Hammer Film Productions film Dracula AD 1972.
Posted by itslostitsfound at 16:33 4 comments:

German Oak - Down in the Bunker 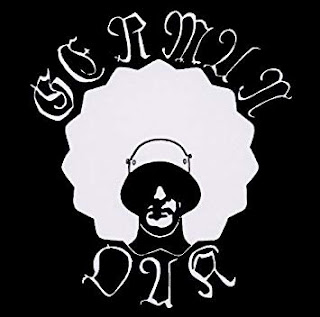 The one and only album by German Oak has had a troubled history. Originally released in 1972, the band were helpless as the owner of the tapes put the record out without their knowledge and worse, added titles that reflected his own fascistic tendencies.

The album has been dismissed over the years as a pro-nazi statement, when in fact the band themselves had no affiliation to such extreme politics.

The music itself  is brilliant; dark, heavy guitar, drum and bass jams. The two middle titles extend out and they are as kosmiche as it gets.

It's a shame it has taken until this 2017 re-issue for even the correct song titles to be included. his three disc edition has extended versions of the two main cuts from the LP, plus unreleased songs from after those sessions.T