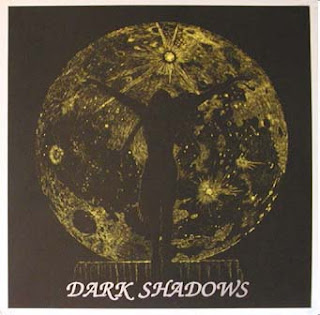 
Not as influential as 13th Floor Elevators and not as hip as The Red Crayola, Cold Sun are the missing psychedelic Texas link.

Originally recorded in Sonobeat Studios in 1970 it was not released until 1992 by Rockadelic Records. (It has since had two more reissues - World In Sound and Atlea Records.)

Cold Sun do not sound like the bands mentioned above, or any of the other psych bands playing Texas in the late sixties and early seventies. The band has drums, bass and electric lead guitar but the unique sound comes from an Autoharp used as the main rhythm and the total freak poetry of the lyrics. Never falling back onto the default setting of garage rock, Cold Sun trip out on long, wordy epics. The Autoharp adding a strange folk-y vibe to the Doors meets Velvets mash up.

It takes a while for this music to sink in. It does have an instant appeal, but it's true greatness (and heaviness) takes time and repeated listens. This music is sad, strange and totally psychedelic.

All of the versions of this album include two bonus tracks not cut at the original album sessions. Both "Live Again" and "Mind Aura" were recorded live in 1972 and are excellent additions the album. Both are long, lyrical meditations with the bootleg recording quality adding extra spook. 
The dark, ethereal ambient of Liz Harris begins here. Self released as a CDr in 2005, this eponymous debut is now only available to buy from second hand sellers.

The original sleeve (and disc) did not contain track titles. The tracks were given names by Volcanic Tongue during its original listing and those titles have stuck.

The sound of Grouper would develop over later releases but everything is here, already in place, just rougher around the edges. The music on this disc sounds like it was not meant to be heard, recorded and then forgotten, found years later (probably in the woods).

The world seems to be catching on to Grouper now, but the records still sound like a secret.
Posted by itslostitsfound at 10:07 1 comment: 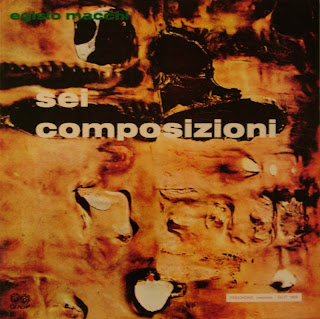 
Due to the popularity of the previous Egisto Macchi post, here is another slice of dark, Italian avant garde.

Again released on the Gemelli label, "Sei Composizioni" is more even further left field than "Voix". There is no sweetner here, "Per Cembalo" opens the album with what sounds like a harpsichord being abused. This is merely a palette cleanser for the stunning "Kleines Dachauer Requiem". Ten minutes of choral voices, alternating between chattering, singing, whispering before giving way to a cacophony of metallic percussion. Terrifying.

"Lamento" has the ominous soundtrack quality reminiscent of earlier works and "Computers" is another percussion experiment.

The beef of side two is "Quintetto Seriale". More traditionally classical than anything else here, dark corners are peered around and shadows are stepped through trying to get to the center of...what? The mystery at the heart of this music is unknowable.

"Allunage" is a peculiar ending. A choir and fuzz bass in space, kind of.

There you go, enjoy.
Posted by itslostitsfound at 10:06 2 comments: