Les Rallizes Dénudés - Heavier Than A Death In The Family 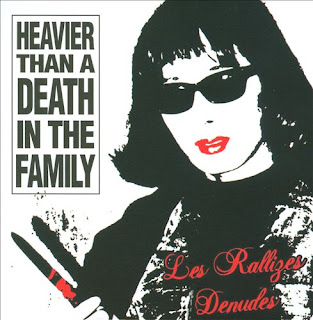 For those not familiar with Les Rallizes Dénudés, prepare yourselves.

Formed in the late 1960's by the mercurial Mizutani, Les Rallizes Dénudés were often thrown out of concert halls for being too loud. I mean LOUD.

Deciding that this is exactly how they want their music, they spent the 1970's and 1980's playing concerts that defied belief with volume, repetition and length.

Imagine the brain blistering solo from The Velvet Underground's 'I Heard Her Call My Name', playing forever. Imagine then that the songs are often simple chord progressions played over and over, punishing as it is exhilarating.

Les Rallizes Dénudés never had a record deal and to this day each and every release has been a bootleg recording. They only entered the studio once, with surprising results, but more of that in the coming months.

Stories abound about the band and Mizutani himself; he resides up a mountain in Japan, waiting for the world to catch up. The bass player lives in foreign exile for his part in the political hi-jacking of a plane, people have went mad listenng to the music at their gigs.

This is the real deal; once you have heard Les Rallizes Dénudés, pretty much every else pales in comparison. True punk rock, art and beauty.

'Heavier Than a Death in the Family' isn't the album I consider their best (that would probably be Live '77) but it was my first and is still an excellent entry point.

As I said at the start, prepare yourself.
Posted by itslostitsfound at 21:05 2 comments: 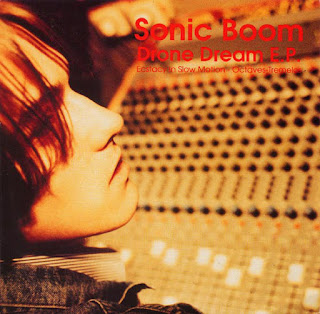 Sympathy For The Record Industry 1991

I've decided to continue on with the post Spacemen 3 output of Sonic Boom/Spectrum and Spiritualized.

This is another presentation of Sonic's 'Ecstasy' and 'Octaves-Tremelos' drones. This time on a very limited 7".

Re-released in 1993 on various coloured discs.

Posted by itslostitsfound at 21:05 4 comments: 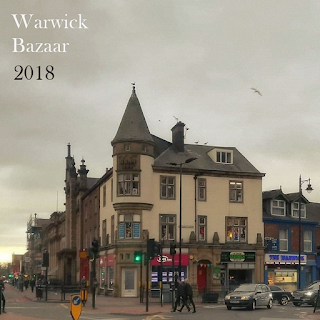 
By the summer of 2018, my partner and myself had been running Warwick Bazaar for over two and a half years. The shop sells vintage clothing, antiques, records, memorabilia...all sorts really. An upstairs room had long ago became a rehearsal room and recording studio for many TOR projects but we wondered where else we could with the business.

The previous summer had seen my 40th birthday and to celebrate, both Cat of Tomorrow and Brocken Spectre had played. We wondered if the live music idea could be more permanent.

An upstairs room became the location for a music venue and next month will see the 20th live event.

The bands are booked by myself and Mike Roper. Mike has been running Glass City Presents in Carlisle for the last few years and is an enthusiastic advocate of live music and the DIY ethic. He is a friend to every band and has pretty much single handily promoted the local Carlisle / Cumbria music scene, venues and special events aside.

The majority of the bands who play are local to Cumbria, but we've seen touring acts from Glasgow to London make an appearance.

To celebrate the end of 2018 (and to look forward to a 2019 full of live music) I've put together a compilation album of artists that played Warwick Bazaar last year.

Submissions were requested and sixteen of the eighteen acts that played in 2018 sent in recordings. The tracks were then sequenced by Alastair.

Thanks to all the groups, musicians and artists who played, all the customers who came, listened and watched and finally a big thank you to all the WB team that make these events possible.

Posted by itslostitsfound at 21:05 No comments: