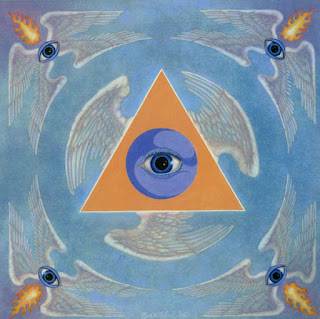 The story of Bobby Beausoleil is well documented, but if you don't know...

Bobby traveled East at an early age and arrived in San Francisco in 1966. Here, he joined The Orkustra; a multi ethnic, psychedelic group with a range of styles and instruments. World music before the term.

Bobby Beausoleil provided guitar for this group and they played around San Francisco on the underground circuit. They played events, happenings and even soundtracked movies live.

They never entered a studio and this set represents all available recordings.

There is some truly revolutionary stuff here, lots of improvisation and it's great psych.

This was only the first movement of Beausoleil's musical career, view the other posts from this month to find out more.
Posted by itslostitsfound at 17:00 3 comments: 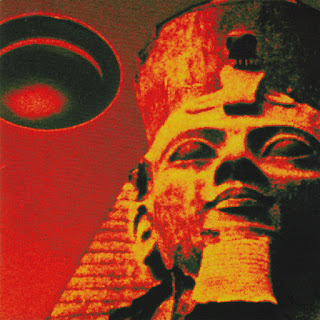 
After the Orkustra, Bobby Beausoleil began playing live with a new ensemble; Bobby Beausoeil & The Magick Powerhouse of OZ. It was during this time he was approached by L.A. film maker Kenneth Anger. Anger wanted Beausoleil to appear in his upcoming film, 'Lucifer Rising'.

The casting idea soon waned, but Beausoleil stayed on to complete a soundtrack for the film.

This idea was scuppered however, when Beausoleil became involved with Charles Manson and the Family.

Beausoleil was jailed in 1970 for the murder of Gary Hinman. The death was an order from Manson and the details are a little murky. Beausoleil is still incarcerated in a California prison.

Kenneth Anger began looking for another artist to complete his soundtrack. You can read how he got on here.

Beausoleil contacted Anger from prison. He expressed his desire to finish the soundtrack, writing, rehearsing and recording it from jail.

Initially, he had parts of electronic instruments mailed to him and he constructed these in his cell. Soon, he had enough material and a willing band of inmates to help him record the music from inside.

The first release was on Magick Theatre Productions in 1980, limited to 1000 copies. The version presented here is on White Dog Music from 2005. A 2 disc version was released in 2004, the second disc containing rarities that can be found on both The Orkustra compilations and on the 4 disc 'Lucifer Rising Suite' on the Anja Offensive label. If there is interest in seeing that box set on this blog, please say so in the comments.

Posted by itslostitsfound at 17:00 8 comments: 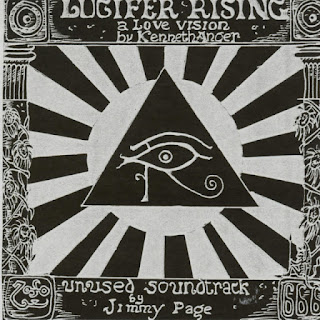 Page delivered music just short of the films running time, the pair had an argument and fell out and the soundtrack remained unreleased.

It eventually saw the light of day in 2012 on Page's 'Lucifer Rising (And Other Sound Tracks)'.

This version is the bootleg I had originally, with artwork by Lord Cornelius Plum.
Posted by itslostitsfound at 17:00 4 comments: