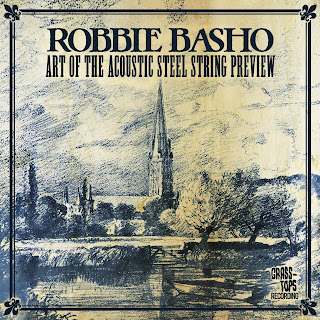 Between 2013 and 2016, Grasstops Recordings embarked on a remaster and reissue series of Robbie Basho releases.

Original albums like 'Rainbow Thunder' and 'Visions of the Country' received beautiful treatments; although these were only released in small numbers, both the sound quality and artwork were gorgeous.

Alongside these were new archival releases; home demos and live recordings. Whole new albums such as 'Portrait of Basho as a Young Dragoon 1967-69' saw release and the Grass-Tops Soundcloud put out compilations of demos and live tracks.

It seemed like Basho was finally receiving the care and attention his music deserved.

Along the way something went wrong and I'm not quite sure what. I had all of these on pre-order, such was my excitement at every announcement, particularly when 'Bouquet' was due for release. A message on Grass-Tops revealed that the remaster would only be available in digital, but the physical release had to scrapped, due to (unexplained) copyright issues. 'Bouquet' came out, digital only (another beautiful job) and free of charge.

No other physical releases appeared and the Grass-Tops Bandcamp disappeared alongside the Soundcloud page, taking all of the digital only material with it.

I'm not sure what happened, although I've heard rumors of S*ny interference.

As I have stated before; one of the inspirations behind starting this blog was to make the music of Robbie Basho available again. I chose not to include the Grass-Tops remasters as Kyle Fosburgh seemed to be putting his own money (and obviously, a lot of love) into these projects.

Now, for whatever reason, these releases are unavailable again, so it's maybe time this blog saw some new Basho.

This release was a preview to the reissue of 1976's 'Art of the Acoustic Steel String Guitar 6 & 12'. A beautiful live recording featuring Robbie playing at his best.

I offer my sincere thanks to Kyle for the wonderful work he done.

I hope you don't mind.

P.S. If any reader wants to clear up the mystery in the comments, please do!

Posted by itslostitsfound at 18:33 5 comments: 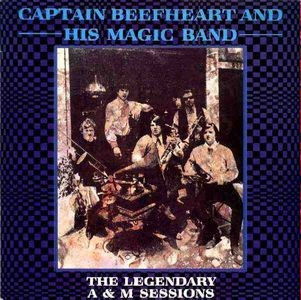 After the retirement of Don Van Vliet, A&M compiled the first two singles together with an unreleased track for this E.P.

Both 'Diddy Wah Diddy' and 'Moonchild' were released in 1966, with 'Here I Am I Always Am' a rejected b-side for the latter. 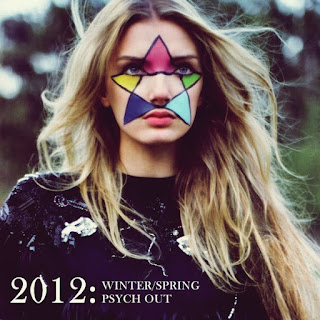 Six year old mixtape, released for the season. A lot of obscure tracks on this one, with a few having a witchcraft feel and/or content.


Posted by itslostitsfound at 18:33 3 comments: