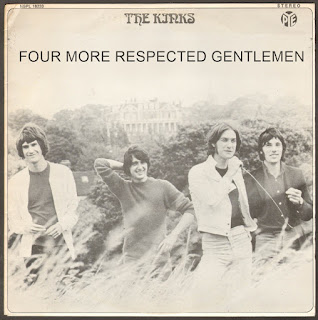 
The famous American album that was never released. Reprise; the Kinks label in the U.S., was growing concerned about the lack of output in 1968. They requested enough tracks from Pye to release a new album. Ray Davies blocked its release, he wanted enough time to finish what he knew was going to be an important album and have that same record released simultaneously at home and in the states.

'The Kinks Are the Village Green Preservation Society' is a far superior album to 'Four More Respected Gentlemen', but it's a fun alternative.

For Kinks fans and alternate album mixtape makers.
Posted by itslostitsfound at 23:44 4 comments:

Email ThisBlogThis!Share to TwitterShare to FacebookShare to Pinterest
Labels: Kinks

WE ARE THE WOODEN HOUSES & LORÉN CLARE - (UNEXPECTED) 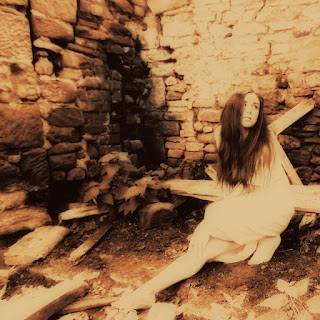 
It's been almost nine months since the last TOR release; the last few months have seen new methods, new sounds and new collaborations.

The first of these collaborations to be released is '(unexpected)' by We Are the Wooden Houses & Lorén Clare. 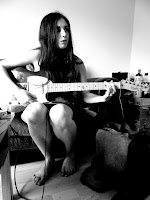 The beginnings of this set began last August. The first of three improvised sessions provided the bulk of the material; after discussing performing and recording, Lorén and I decided to improvise some music and put it to tape. Autoharp, Bass, Percussion and various effects were used and a date was set for further sonic explorations. The next session saw the recording of a performed sound collage and the final session more autoharp and percussion recordings.

The week after these sessions had been concluded, the next project began.

Not wanting to postpone inspiration, the sessions with Lorén were put to one side as further recording began.

Al revisited these tracks a few weeks after the initial sessions and began re-sculpting and re-composing.

In January, Al and I decided to have a final improvised session for additional sounds. This was performed with shamisen, violin and effects.

The hazy sounds of the evening weave in and out of new ambient soundscapes created by Al from sounds on the recording, distorted and effected beyond recognition. The sound veers between live improvisation and drones created from the ambiance with some tracks being wholly created from heavily treated samples.

It took Al a few months, on and off, to conclude the reconstruction of these recordings, ensuring this spook folk, ambient, found sound and avant garde project made sense; to ensure this trip had the right trajectory.

The artwork also demanded patience and experimentation to get right. I had initially met with Lorén for a photo shoot, and some of the images from that day are featured in the artwork. An extremely limited box set edition is also accompanied by a set of ten prints of photographs taken by myself and Al throughout 2015 and 2016. In this special edition, the tracks are spread over three 3" compact discs and are housed in a wooden box. The regular edition comes in a jewel case with two randomly picked images from the set of ten. 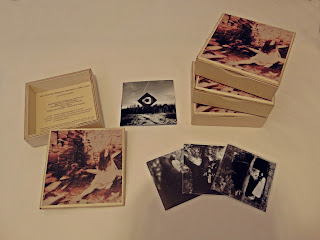 As always, there is a free download and limited physical copies for purchase over at Bandcamp. 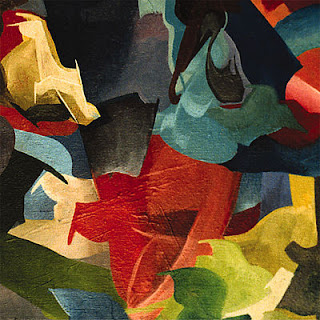 
The second album from Olivia, 1999. This record is darker and more complex than the first.

P.S. For those missing Can and/or Esoterica Britannica, both will return next month.
Posted by itslostitsfound at 23:43 1 comment: