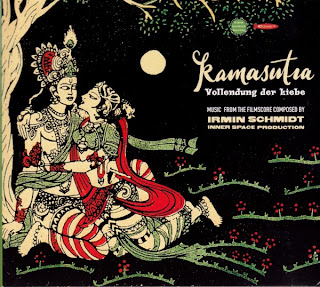 Posted by itslostitsfound at 21:06 4 comments:

Email ThisBlogThis!Share to TwitterShare to FacebookShare to Pinterest
Labels: Can, Irmin Schmidt, Soundtrack

PETE FINE - ON A DAY OF CRYSTALINE THOUGHT 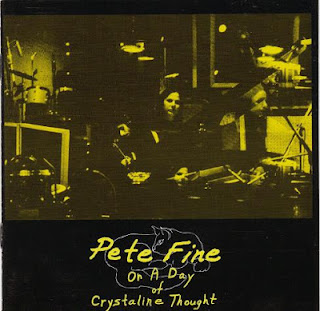 Pete Fine was the guitarist in heavy psychedelic rock band The Flow when he envisioned a semi classical, psych concept album. In 1974, after the break up of his band, he would make it.

Originally a private press release of 100 copies, "On a Day of Crystaline Thought" is a unique record of wonderful ambition. The first side is essentially a concept suite, passing through movements with 12 string guitar, timpanis, string sections and beautiful harmonies.

"All beings are universes eternal and thought never dies but forms a vast kingdom of one."

So goes the refrain of side 1. Right on.

Side 2 has a more psychedelic feel, with acid folk and hippie folk thrown in the mix.

It's a real shame this record isn't more well  known. It did have an extremely limited C.D. issue on the Shadoks label in 2000 but still remains relatively obscure.

Lofty conceptual lyrics about reality and the universe, choral vocals, an acid folk vibe, 12 string and huge scope and sound. A must!


Posted by itslostitsfound at 21:06 3 comments: 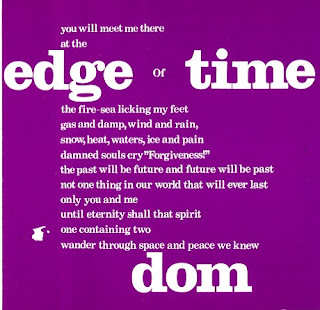 Originally released privately, this album has has many reissues; Melochord in 1972, a limited c.d. issue on Witch & Warlock in 1991 and Second Battle added some bonus tracks to a remastered c.d. and vinyl in 2001.

The group originated in Dusseldorf in 1969 and recorded their only album at Neubauer Studios the following year.

This album is real deep and dense. A near perfect dark, heavy trip.
Posted by itslostitsfound at 19:19 1 comment: