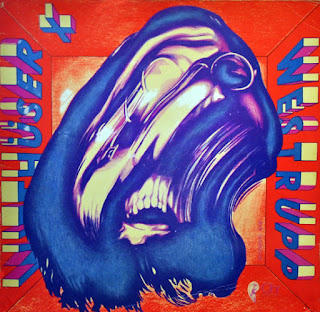 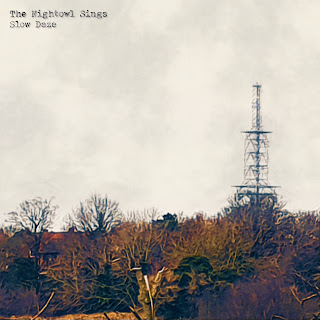 Treehouse Orchestra Recordings 2021.
01 Percy
02 Weather Systems
03 I'll Take You to the Meadow, It's Nice There
04 Grow My Dears
05 Lighthouse
06 Lakes Ahoy
07 Close To Me
All tracks written by Marc Gillen, performed and arranged by Marc Gillen & Alastair Popple.
Stephen Benson - Guitar on 'Weather Systems' and bass on 'Weather Systems', 'Lighthouse' and 'Close To Me'. Jacqueline Kumar - additional voice on 'I'll Take You to the Meadow, It's Nice There'.
Recorded at home by Marc Gillen October 2020 - April 2021.
Mixed and mastered by Alastair Popple at The Kitchen Sync October 2020 - April 2021.
Photography by Marc and design by Al.
Download also includes the promotional video for 'Close to Me' by Stephen Benson. 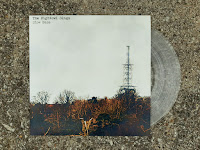 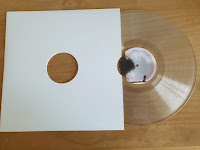 "Right about now, we’re gonna get to the old school beat of things. In an unexpected change of direction, Nightowl Sings has gone a bit techno trousers on us – at least for some of Slow Daze. Yes, he’s broken out the synth and drum machine on previous releases, but never to extent that he does on opening track “Percy”. With its undulating synth lines and pounding kick drum, this is Nightowl revealing the influence of Underworld on his work for probably the first time (if he’s doffed the cap before, he’s been a lot more subtle about it). If you’re going for a shift in direction, you may as well leap in with both feet and that’s exactly what happens with “Percy”. Expectations swept away, new scene set, all is well.
Although the direction is new, the approach to recording is as old school as you get. The Nightowl plays synths in the old analogue tradition of one finger at a time. No fancy sequencers were utilised here, just a bit of technical expertise from regular Nightowl collaborator Alastair Popple. For example, he takes the main bulk of “Percy”, whips out the digital razor blade and sticky tape and gives it an extra couple of minutes. Like the original recording techniques, you won’t notice, but it is worth acknowledging. There’s a counterpart to the opener in the shape of the gently lush ambient excursion, “Lakes Ahoy”, on the second side. That’s right, Slow Daze is the first TOR music to get a vinyl release, although it is an incredibly limited pressing. Hopefully, it will double as a pension fund when people realise what a musical treasure trove is buried in north Cumbria.
It’s not all epic electronic vistas, though. “Weather Systems” layers the jittery drum patterns into a ghost of a song. ‘Loving you is sweet,’ the Nightowl softly sings, and the trap is sprung. You’re hooked. The next two tracks have similarly haunting qualities: on “I’ll Take You To The Meadow, It’s Nice There”, it’s the overlaying of multiple voices flying across the stereo spectrum. The music that underpins it is frantic, busy, almost anxious. It’s curtailed before things get too out of hand: you won’t be sure if the invitation to the meadow is friendly or if there’s a shallow grave in the field with your name on it. Closing side one is the even more spectral “Grow My Dears”, which sounds as if it could float away on the breeze at any second.
The sequence of spookily, supernatural songs is completed by “Lighthouse”, a compelling instrumental that has more heft than initially apparent. Acting as a prelude to “Lakes Ahoy”, it’s the track that ties everything together, easing us from the vocal tracks back to the Nightowl not singing. That’s not the end of the story though, for “Close To Me” – ‘Don’t sell at any price,’ he croons, perhaps a warning to the handful that own the vinyl. It’s a positive way to end, listing the joys of discovering new things and casting out the old. This is a message that sums up the album as a whole: a new sound, a new life, and a new love to chase out the ghosts that have gone before. As the saying goes – there’s no school like the old school. Sometimes a moment to look back provides a fresh impetus to go forward. With Slow Daze, the Nightowl succeeds." - Jeremy Bye
Posted by itslostitsfound at 22:46 No comments: 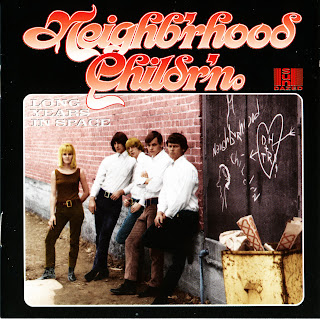 Sundazed 1997
01 Feeling Zero
02 Long Years In Space
03 Up Down Turn Around World
04 Changes Brought To Me
05 Please Leave Me Alone
06 Hobbit's Dream
07 Chocolate Angel
08 Patterns
09 Happy Child
10 Happy World Of Captain K
11 She's Got No Identification
12 Can't Buy Me Love
13 That's What's Happening
14 Sunday Afternoon
15 Feeling Zero
16 Little Black Egg
17 Tomorrow's Gone
18 Over The Rainbow
19 Louie, Louie
20 I Need Love
21 Yesterday's Thoughts
22 Woman Think
23 Long Years In Space [Alternate Version]
24 Behold The Lillies
The Neighb'rhood Childr'n were a San Francisco psychedelic band. They were compared to the Jefferson Airplane and were popular in and around town. Acid guitar with female lead vocals.
The band released their only album on Atca Records in 1968. Recorded between March 1967 and August 1968, this collection gathers together all the recordings from these sessions.
Posted by itslostitsfound at 22:46 3 comments: