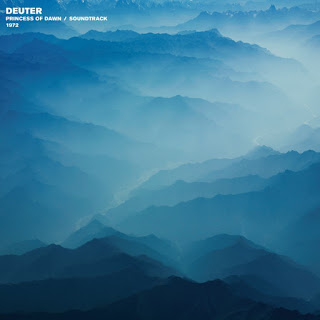 Deuter is a new age artist that has an extensive back catalogue. This record from 1973 is actually a library record, it's contents for use in film and television.

Note: the above cover is from the 2018 reissue on Black Sweat Records. 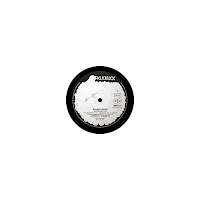 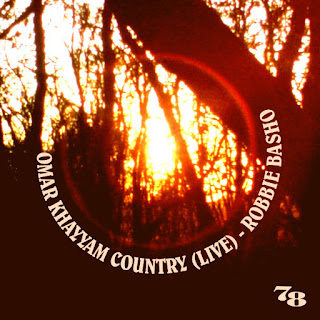 
When Grass-Tops recordings were in the full swing of releasing and re-releasing Basho material, this wee gem came out via the Basho Soundcloud.

That page, along with Grass-Tops Recordings is now sadly defunct.
Posted by itslostitsfound at 20:27 6 comments: 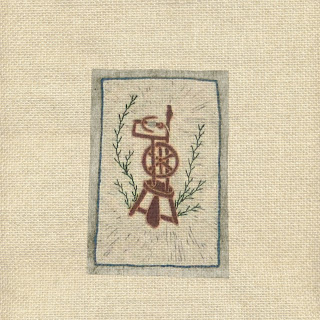 I first met Eleanor Servanté when she performed at Cakes & Ale cafe in Carlisle in 2017. I was taken aback by the purity of her voice, her knowledge of folk tradition and the origin of the songs she was performing as well her ability to sing the majority of these songs from memory. She sang acapella.

After the performance I approached Eleanor with the idea of recording her for a release on Treehouse. We recorded three sessions between 2018 and 2020 at Warwick Bazaar. I recorded and discussed ideas with Eleanor and Al mixed and produced.

Here are Eleanor's notes on the songs presented:

"The final song on this EP was once sung by a street singer in Newcastle, almost two hundred years ago. I have been singing - and collecting songs - for as long as I can remember, and it's tiny, vivid details like this which really capture my imagination. Folk songs were (and are!) formally performed, of course… However, especially before widespread recorded music, folk songs were sung by, well, the folk. Especially before music could be recorded and played back, if you wanted music then you had to make your own. So almost everybody would sing them. At their spinning wheels, on sailing ships, over cooking pots or tin baths, pretty much anywhere you can think of. And it's this idea of folk music that appeals most to me, and to which I kept returning over the course of this project. I sing these songs over my spinning wheel, in local pubs, walking the dog, at my sewing machine, passing the time at cold and windy bus stops… and now here, for you. And if ever you should find yourself humming one of these tunes to yourself, then I shall consider my work here complete.

This beautiful Scottish lament was collected - along with many others - by Francis James Child during the 19th century, although it’s likely older still.

This song started out as an early 17th century broadside ballad - the earliest known variant appears in 1613 - and also the first narrative folk ballad I ever learned. Traditionally set in the North of England, it’s a delightfully melodramatic tale of adultery, epic sword fights… and impaling and pinning people to walls. Because this is a murder ballad, and apparently just stabbing them wouldn’t be nearly exciting enough.

'Lyke' is a very old word for 'corpse'; this funeral chant has its origins in medieval Yorkshire, though the tune we know today is Victorian (written by Sir Harold Boulton, in 'Songs of the North'). It would have been sung at the 'wake' or vigil over the body, and vividly describes the judgement of the dead. The instrument you hear is a rebec, an early ancestor of the violin; this particular one was handmade by my father for my 21st birthday.

There's a lovely old English song called 'The Three Ravens' in which a knight gets himself killed (an unfortunate occupational hazard) and his hawk and his hounds keep vigil and his wife drags him off for burial before obediently keeling over and dying herself because that's what women do in these things… This Scottish variant is rather more brutal!

I've known this Victorian song since I was a child, but little me had no idea what the pretty words actually referred to. The Victorians' preferred euphemism was 'the great social evil'... Put it this way: traditionally, a yellow flag flown from the mast of a ship signalled that it was riddled with disease, and thus under quarantine.

'The Maid of Culmore'

This lovely Irish song is another of the many attributed only to our dear friend, 'trad.' The visceral, elemental imagery rather speaks for itself.

Collected in the 1950s, this gorgeous working song was translated from Scottish Gaelic, and the chorus maintains echoes of the Gaelic Mouth Music tradition. Love divination was a surprisingly common pastime back in the day, and here the spinning wheel is equated with the figurative wheel of fate. The rhythm you hear in the record is my own spinning wheel; she's a traditional wheel, fully functional… and although she's already had a long life before coming to me, I'm fairly sure that this is her musical debut!

Written by Joseph B. Geoghegan and published in London in 1867, this variant on the arguably more famous 'When Johnny Comes Marching Home' was popular on both sides of the Atlantic during the latter part of the 19th century and beyond.

'The Snows They Melt The Soonest'

This was first recorded in the written tradition after being heard from a Newcastle street singer in 1821." - Eleanor Servanté.

Posted by itslostitsfound at 20:27 No comments: