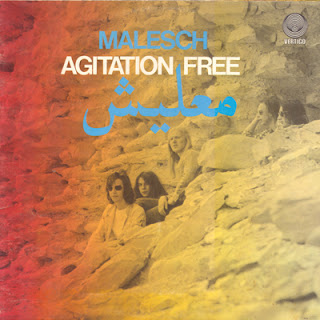 This month is dedicated to Agitation Free. Not mentioned in the same breath as other, more infuential Krautrock bands, Agitation Free deserve more attention.

Formed in Berlin in 1967 Agitation Free went through several line up changes before the recording of their debut in 1972. Inspired by a tour of Eygpt, the album has several tracks of eastern inspired guitar krautrock, found sounds and field recordings.
Posted by itslostitsfound at 21:21 1 comment: 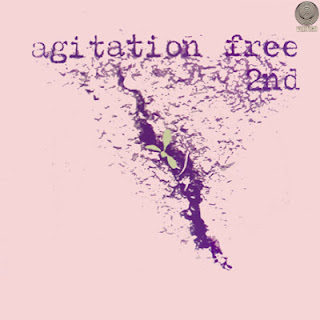 The second album saw a slight change in personnel and a jammier, more guitar sound. There are touches of prog here, think a Berlin Grateful Dead.

There really isn't much between this and the debut, although they have a very different sound and vibe.
Posted by itslostitsfound at 21:21 2 comments: 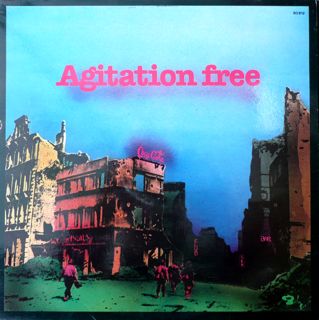 The final album saw it's release after the demise of the band in 1974. Side 1 (recorded in France, March 1973) begins with "Soundpool" which is essentially an extended introduction into a glorious, more stoned version of "Laila". Wonderful.

Although this was put together after the band broke up, this is probably my favorite.

Since this release there have been reunions, compilations and unearthed material but these three records represent the essential Agitation Free.
Posted by itslostitsfound at 21:21 1 comment: