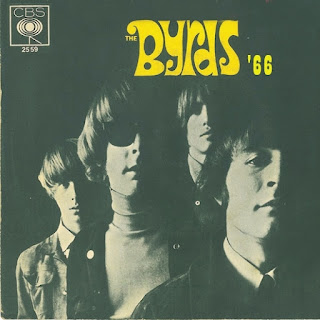 The re-imagining of The Byrds albums continues.

In late 1965, The Byrds had released their second album 'Turn! Turn! Turn!' and ended the year recording a new single that was pretty far out; 'Eight Miles High' b/w 'Why'.

These new songs saw The Byrds at their height; experimentation, jazz and drone influences and sound now uniquely their own.

The new single (although not the original recordings) was released and Gene Clark promptly left.

The resulting album, 'Fifth Dimension', was a frustrating mix of a band burning on new ideas and struggling without their chief songwriter. At this point McGuinn's guitar and compositional ideas, Crosby's vocal and unique rhythms, Hillman's stunningly inventive bass playing and even Clarke's drumming were all starting to fire. Without Gene Clark however, some of these ideas fell flat, or didn't have the required structure to hang on.

That said there are flourishes of absolute genius in the recordings of 1966.

5D (Fifth Dimension), I See You, Wild Mountain Thyme, Mr. Spaceman, What's Happening?!?! and John Riley are included in their original forms from 'Fifth Dimension'. Eight Miles High and Captain Soul are of also retained, but the inclusion of  'The Day Walk (Never Before)' ups the Gene Clark quota.

'The Day Walk (Never Before)' was recorded during the sessions for 'Turn! Turn! Turn!' and was marked as 'keep' for the next Byrds album.

The version of 'Why' included here is from the b-side of 'Eight Miles High'. Spiky and more energetic than the version released on the following album 'Younger Than Yesterday', yet more developed from the RCA recording from '65.

'I Know My Rider (I Know You Rider)' was recorded as a potential single. It went unreleased as the band felt it shared too much with The Beatles 'Paperback Writer'.

Nonsense, it would of been a brilliant single and is one of the best Byrds unreleased songs.

Posted by itslostitsfound at 23:56 2 comments:

Email ThisBlogThis!Share to TwitterShare to FacebookShare to Pinterest
Labels: Byrds 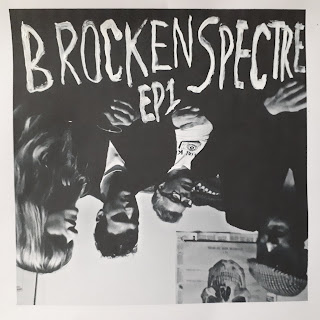 It's been a year since the last release from Brocken Spectre. In that time we have honed our sound, evolved and played new venues and festivals.

This E.P. represents where we are today. There are no more re-records or dipping into the TOR back catalogue for songs. The four tracks here come directly from the sessions we have in the tiny room at the top of a vintage shop. 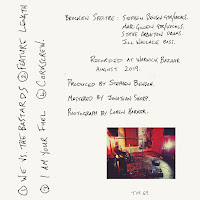 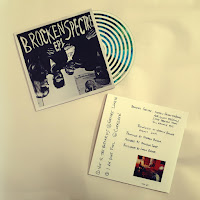 This time around, we recorded live (with vocals overdubbed) and produced ourselves.

The four songs here are mainstays in our set and another E. P. of new material will follow next year.

Thanks to Jonathan Sharp for mastering.

Posted by itslostitsfound at 23:56 No comments: 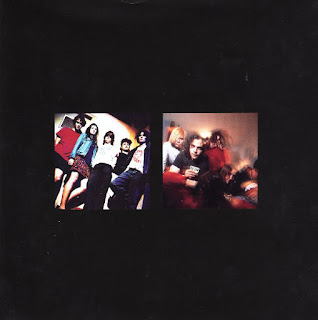 The first post 'Laser Guided Melodies' material from Spiritualized was a pure hit.

The first Greenpeace charity 7" was this split between Mercury Rev and Spiritualized.

'Boys Peel out' came from a Peel session Mercury Rev had that year.

"This programme was produced to coincide with the 1993 Electric Mainline Tour. All profits from its sale will go to help Greenpeace campaigns."
Posted by itslostitsfound at 23:55 2 comments: