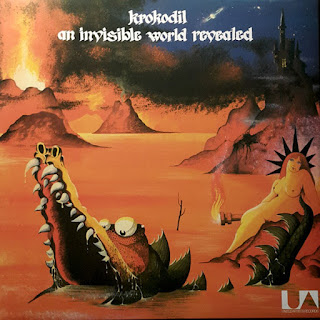 
Often grouped along with Krautrock bands, Krokodil were actually an international affair; members came from West Germany, Switzerland and the U.K.

Starting out as a blues based band with prog touches, by 'An Invisible World Revealed', their third album, they had started to add cosmic and psychedelic sounds. The song 'Odyssey In Om' is a kosmiche classic.

I've used the Second Battle re-issue as it includes some jam tracks to expand the album and actually improves on it.

I'll be looking a further into this period in the coming months.

Note: the name of the drummer and the front cover artists is Düde Dürst, so you know it's going to be good.

Email ThisBlogThis!Share to TwitterShare to FacebookShare to Pinterest
Labels: Krokodil 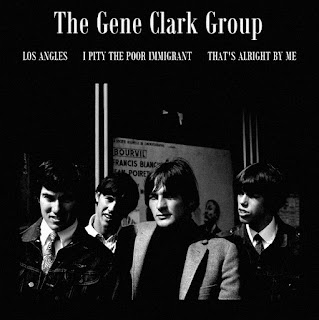 
Another set of songs given a home within a fictitious alternate timeline.

After the failure of 'Gene Clark & The Gosdin Brothers' and no label to pick up the demos from the 'Gene Clark Sings For You', Gene found himself starting again (again).

For a very, very brief period of time in early 1968, he set up The Gene Clark Band with guitarist Laramy Smith.

They performed a handful of gigs in L.A. and recorded three and a half songs.

Laramy had already played on a version of 'That's Alright by Me' from 'Gene Clark Sings For You' recorded only a few months earlier. This version is more complete with a fantastic country style vocal from Gene.

'Los Angeles' is a new Gene original and has a 'Younger Than Yesterday' type feel and sound.

The original 'I Pity the Poor Immigrant' had only been released a few weeks earlier on Dylan's 'John Wesley Harding' and Gene turns in a wonderful version.

Also attempted was 'Lyin' Down the Middle', but a full take was never completed.

Shortly after, Gene was picked up by A&M Records and started Dillard & Clark.

These three tracks (and indeed The Gene Clark Group) were forgotten until the excellent anthology 'Flyin' High' was released in 1998.

These three tracks deserve their own spotlight and make a grand EP.
Posted by itslostitsfound at 22:49 1 comment: 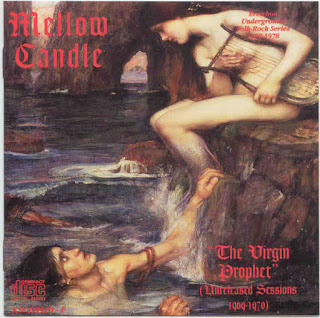 In their lifetime, Mellow Candle only released one album; 1972's 'Swaddling Songs'.

Included within are all seven tracks from the Decca test pressing acetate from 1971. The remainder of the tracks are unreleased early songs from 1969-70. 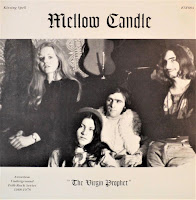 Posted by itslostitsfound at 22:48 2 comments: