THE BEAT OF THE EARTH 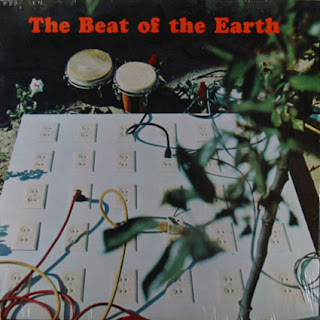 While attending university in California, Pearlman put together a loose collective of friends and musicians for an art project. The band and album was to be called The Beat Of The Earth.

This music is two sides of real sixties free expression improvisation. Former member Karen Darby describes it as such :

"Unstructured, stream of consciousness, riffs and rhythms, celebration of each individual musician by allowing spontaneous expression based on group orchestrated effort, without orchestrated (written) music."

The record had a pressing of 500 and Pearlman distributed it by handing it out to hitch-hikers, telling them to pass it on. Right on!
Posted by itslostitsfound at 18:04 1 comment:

Email ThisBlogThis!Share to TwitterShare to FacebookShare to Pinterest
Labels: Beat Of The Earth, Phil Pearlman

THE BEAT OF THE EARTH - OUR STANDARD THREE MINUTE TUNE 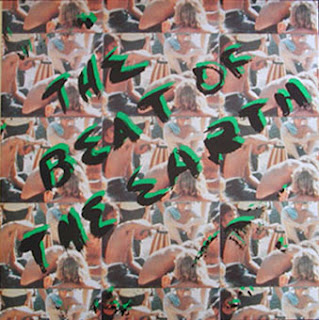 
Although The Beat Of The Earth only ever had two recording sessions, they produced outtakes alongside what was released on the debut.

In 1994 Phil Pearlman dug out the session reels, cleaned them up and released this second album.

For an excellent article on this period of Phil Pearlman's life, including the interview with Karen Darby, go here :

Email ThisBlogThis!Share to TwitterShare to FacebookShare to Pinterest
Labels: Beat Of The Earth, Phil Pearlman 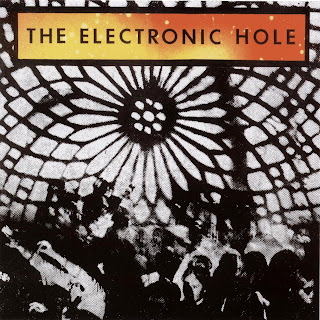 Three years have passed since the Beat Of The Earth album. The band played a handful of happenings but now Phil Pearlman  takes a new direction.

It's unclear what these recordings were to designed for. Rehearsal for a show? Demos for an album? There are new musicians here and they sound unfamiliar with one another and the material. Drums fall out of time, vocals are off key and the whole thing is really lo-fi.

But there is something going on here...

Gone is the free folk experimental explosions, in is acid rock and loose folk rhythms. At times this sounds like a time travelling Spacemen 3. Things get good on the fuzzier, more droning tracks.

This isn't excellent but there is enough to keep the listener intrigued and it adds to the mystique of it's creator.
Posted by itslostitsfound at 18:03 2 comments: 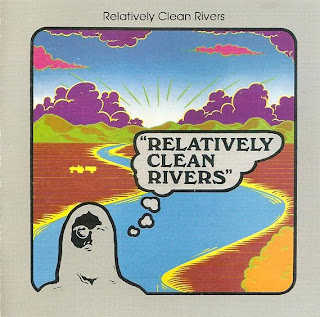 
The final (?) album by Phil Pearlman and again, it's a new band and a new name. This time however, everything is just right.

Yes, this is his most commercial offering but it's rural psychedelia at it's finest and the whole thing is just really groovy. West coast vibes abound, weed smoking laying in the sun songs that just breeze by.

There is a touch of Grateful Dead and the whole canyon back to nature scene, but this is a unique and original album.

Phil Pearlman dropped in on former Beat Of The Earth member Karen Darby in 1994. Here's what she said:

"It seems he had married a wonderful woman who was totally supportive and involved in his choice of lifestyle. They had several children who were being raised on a farm/ranch east of San Diego, California. The Ranch had NO electricity, they also used a well for water. He was raising goats, which according to him he slaughtered personally and humanely whenever preparing them for market. He described to me what he thought was the most inhumane conditions in the local slaughter house techniques. He had devised a quicker, bilateral knife to the cartoids on the goat that was painless and 'humane'.

For some reason I had a hard time in visioning Phil killing anything."
Posted by itslostitsfound at 18:03 2 comments: