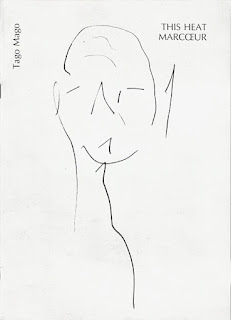 Free cassette given away with Tago Mago magazine 1982

French magazine Tago Mago gave away a split cassette with a 1982 issue. On side one, we get excerpts from a soundtrack by Albert Marcœur.

Side two has my interest; exclusive material by This Heat. Together with new buddy Mario Boyer Diekuuroh they make a 16 minute collage of near world music style jams.

Posted by itslostitsfound at 21:50 3 comments:

Email ThisBlogThis!Share to TwitterShare to FacebookShare to Pinterest
Labels: Albert Marcœur, This Heat 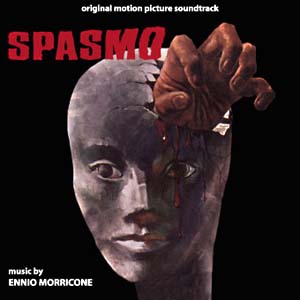 Very sad to hear of the passing of the genius composer, Ennio Morricone.

Here's one of his lesser known soundtracks. Beautiful music for a 1974 slasher flick by Umberto Lenzi.

Released on CD by Digitmovies in 2006 and several versions by Dagored in 2015.

Posted by itslostitsfound at 21:50 3 comments:

Goatherder - Isolation on the Solway Coast 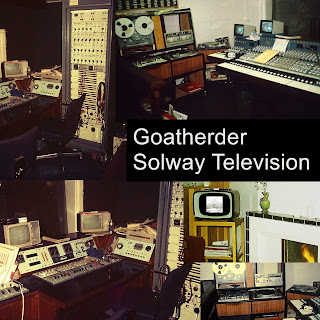 01 Isolation on the Solway Coast
02 What Could've Been, Huh
03 Solway Television

All music performed and produced by Stephen Benson.

Emily Ford - Voice on 'Isolation on the Solway Coast'.
Francesca Bertoletti - Piano on 'What Could've Been Huh?'
Steve Orchiton - Drums on 'Solway Television'.

When lockdown began on March 24th 2020, I decided that every evening I would walk the short distance from my home to a hill overlooking the Solway Coast and photograph the sunset. I wanted to document the passing of time in this strange period and also have something that gave me a routine. It was also a moment to myself in which I could just be quiet and watch the sea. I done this for 70 days, ending on June the 1st.

The track 'Isolation on the Solway Coast' is a direct consequence of that routine; the music moves as the Solway, calm and quiet. It slowly shifts from acoustic to electronic instruments to mark the change in life and feeling during this period. It was recorded, mixed and completed on the 10th of April.

I met Francesca Bertoletti in 2017. We worked together on a couple of photoshoots. Francesca is always a pleasure to work with; creative and always full of ideas.

During our last session together, she played me a piano piece she was working on. There was no plan for it, so she generously gave it to me to do with what I liked. I spent a long time reconstructing and effecting the piece of music, it was useful for keeping my mind off other things. The entire track is made from the 30 seconds of audio Francesca recorded.

Solway Television began as a concept after I read an article about regional programming. Border TV has been the programming provider for Cumbria and South West Scotland since this region first had its opportunity to have local television. There was another bidder for the contract; Solway Television. When Border TV was successful in its bid, Solway Television came to nothing. I wondered what a television broadcaster from my home of the west coast would be like; what programs, graphics and music it would produce.

The basis of the track was someone remembering these programs, news articles, music, theme tunes, but obviously it never existed, so this is an abstract collage. The Covid 19 pandemic and other huge changes in my personal life also altered my memories of my own time; lockdown brought a huge existential crisis and nothing to do but think about it.

As the original concept goes, an individual is looking back at this fictional television station, I am also looking back by including snippets of recordings I have made over the years. Field recordings, improvisations, jams and experiments have been chopped up and included. Also included are several short pieces of music made on a synthesizer that belongs to Marc. I had been displaced quickly and I didn't have my full and usual arrangement of instruments and recording equipment to hand. I did have this synth however. It is not in full working order, but the crackle and distortion from these sounds is all part of it. Finally, there are also manipulated and altered samples from sections of 'Programs for Schools'; television  made to be shown in school from around the time I was a young child in the early 1980's.

I edited and sequenced it in a way that couldn't make sense, also layering audio from disparate sources that don't belong together. I think this was a way of dealing with dementia in my immediate family and how memories must feel for them.

The photographs were the front cover image were generously donated by Melanie Plumley. Melanie worked as a sound engineer for Border Television in the 1970's and the pictures are of the sound desk she worked with.