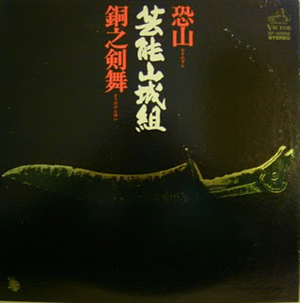 Victor 1976
01 Osorezan
02 Doh No Kembai
Two sides of far out avant garde sounds from Japan. Taking in jazz, funk, musique concrète, folk art and more. Terrifying in places.
Geinoh Yamashirogumi were a massive collective of artists, musicians and non musicians and this was the debut release.
Posted by itslostitsfound at 16:53 2 comments: 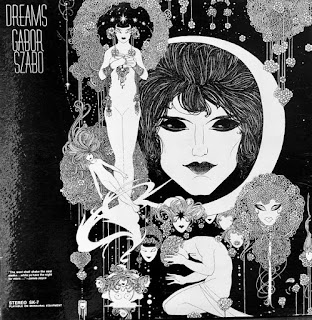 Skye Records 1968
01 Galatea's Guitar
02 Half the Day is Night
03 Song of the Injured Love
04 The Fortune Teller
05 Fire Dance
06 The Lady in the Moon (From Kodaly)
07 Ferris Wheel
Gabor Szabo was a Hungarian guitarist with a prolific output. This L.P. from 1968 mixes his native Eastern European guitar music with jazz and some awesome drumming. Also has a Donovan cover as an extra bonus.
Posted by itslostitsfound at 16:53 2 comments: 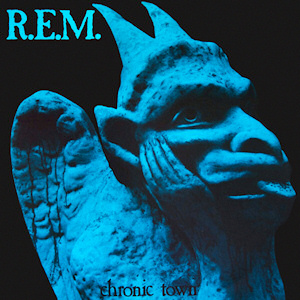 Originally released on I.R.S. Records 1982 (Fan made expansion 2020)
01 Wolves, Lower
02 Gardening at Night
03 Carnival of Sorts (Boxcars)
04 1,000,000
05 Stumble
06 Wolves, Lower (Fast Version)
07 Gardening at Night (Acoustic Version)
08 1,000,000 (Demo)
09 Stumble (Demo)
10 Wolves, Lower (Demo)
11 Carnival of Sorts (Demo)
12 Catapult (Demo)
13 Romance (Demo)
14 Just a Touch  (Demo)
Disappointingly, the debut E.P. by R.E.M. wasn't included in the re-issues of the bands back catalogue. A shame; it is one of their finest releases and has the same mysterious sound as their other early releases.
The tracks can be found on the b-sides and rarities compilation 'Dead Letter Office', but other than that you will need an original 12" to hear these tracks.
I've expanded it by including some outtakes and demos.
Posted by itslostitsfound at 16:32 3 comments: