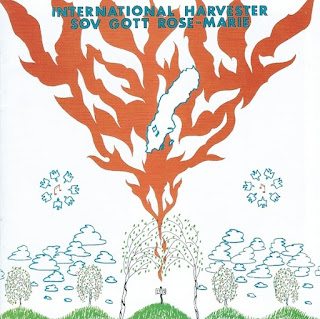 
I have to admit I thought I had already posted this record; it's one of my favourites and I thought I had done it years ago. Never mind, I do love the Swedish psych scene and this avant garde, folk, psych, jam commune rock album pretty much exemplifies it. Formed from the splintered Pärson Sound, the reduced members stretch out and play anything at hand, although the jam heavy sounds of their parent group can be heard on the amazing 'I Mourn You'.

The bonus track 'Skördetider' is from the Silence Records re-press and is also reminiscent of Pärson Sound.
Posted by itslostitsfound at 22:41 3 comments: 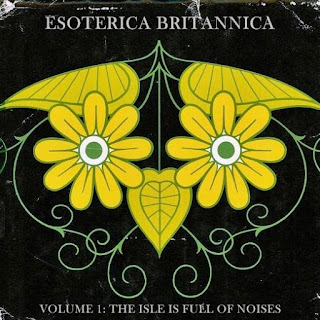 "I have, for a long time, been fascinated with the idea of a common thread that might run through British art, and specifically music, connecting different artists and styles but somehow constituting a national consciousness that flows like an underground stream through the art and culture of this country. After all, the term ‘Americana’ exists and is a vibrant, if perhaps sometimes contentious, category under which certain types of American music are filed, marketed and reviewed. This can be traced back to old folk tunes and cowboy songs and include the artists and songs collected in Harry Smith’s Anthology of American Folk Music; country music from Jimmy Rodgers, the Carter Family and Hank Williams onwards; folk artists like Woody Guthrie and Leadbelly; blues, Cajun and Creole; Dylan, The Band, the Grateful Dead and onwards to contemporary artists like Daniel Johnston, Ryan Adams and Joanna Newsom and more cosmic variations like the music of Sun Ra, Flaming Lips, Mercury Rev and Animal Collective. The links between these artists might be stylistic or thematic or even an attitude, a way of looking at things – the connections might not always be obvious but they are nevertheless there. They might concern the existential concerns of a race, notions of identity, everyday challenges or historical changes or events or they may even try to identify or personify some kind of mystical quality or tradition(s).

Folk music would, then, seem to be the obvious place to start and I found a great deal of inspiration in Rob Young’s book “Electric Eden: Unearthing Britain’s Visionary Music”, which is an excellent study of British art and culture, looking at the themes, ideas and obsessions that run through the artistic history of these isles, but specifically folk music - from Cecil Sharp and classical artists such as Vaughan Williams, Warlock and Delius through the left-wing folk of Ewan McColl and A.L. Lloyd and British folk-rock and psychedelia of the 60s and 70s. What particularly fascinated me, though, was the latter part of the book, which identified other artists, working from the early 80s up to the present, who seemed less obviously connected to the folk tradition but who Young argues are still exploring the same themes – British history, the idea of Arcadia, the power and pull of the landscape, political and religious dissent and repression, paganism and Celtic mysticism, the occult, folklore and the ghosts and legends of the past. These artists included Kate Bush, Julian Cope, Brian Eno, Talk Talk, Aphex Twin and Boards of Canada and, once this connection had been established in my mind, other artists seemed to me to fit into this tradition of British ‘visionary music’, such as the Jam (and Paul Weller’s solo work), XTC, Siouxsie and the Banshees, Wire, Robyn Hitchcock, the Cocteau Twins, Damon Albarn, PJ Harvey, the BBC Radiophonic Workshop and the spectral artists of the Ghost Box label.

Taking some of these artists, I set out to make a compilation that might hopefully capture what could be termed ‘Brittinicarna’. My process of considering, selecting and, in some cases, de-selecting artists and songs was highly individual and pretty instinctive – I soon developed a sense of what belonged and what didn’t. I suppose the only rough criteria that I can articulate is that the artist had to be British, that there was a distinctive voice or spirit to the track (and that this was also somehow intrinsically British), that it embodied the national psyche – its concerns and obsessions, its longings, wounds and idiosyncrasies – and that, despite whatever style of music it might normally be said to belong to, it could still be considered, at least in my mind, as ‘folk music’.

The usual definition of ‘folk music’ would be music that originates in traditional popular culture or that is written in such a style and that this would be typically music of simple character, often of unknown authorship, and would be transmitted orally by the common people from generation to generation. In my looser definition, I saw the kind of visionary strain in British music and culture I was looking for as being an expression of the national psyche which is passed on in many ways, manifesting itself in different styles but still recognisable as the common – though sometimes downright eccentric – people communicating to their fellows in a language which they will recognise, a code which they will be able to decipher. It is the sound of a nation talking to itself, the ghosts of our past haunting us still – communing with us, imparting ancient and mysterious wisdom, warning and inspiring us in equal measure.

Perhaps unsurprisingly, one CD was not enough – there were so many artists to include as well as others I discovered on the way - and so it grew to four volumes, while another collection of Ghost Box recordings was later added as a fifth instalment. These were meant initially for friends and were also intended to be the start of a conversation rather than the last word on the subject. Everyone will have their own ideas as to what music might be included – indeed these friends have already compiled their own volumes of “Esoterica Britannica” and I hope that there will be many of you out there, reading these words and listening to these collections, that will do the same. These islands are still full of voices which speak to each and every one of us in different and often esoteric ways. Listen,  enjoy, absorb and, most importantly, pass it on." 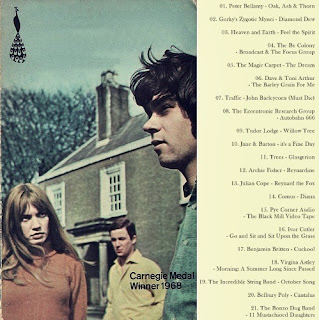 Posted by itslostitsfound at 22:41 6 comments: 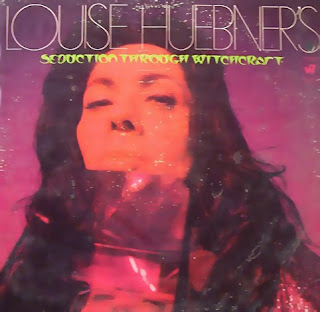 Louise Huebner was the self appointed 'official' witch of L.A. This L.P. has her reading excerpts from her book "Seduction Through Witchcraft".

Beneath the purring and ahh-ing are some really nice synth moments. These were provided by Louis and Bebe Barron, who created the 'Forbidden Planet' soundtrack.

Hitting total zeitgeist in 1969, Warner Brothers originally released this spoken word record. It saw a C.D. re-issue on Infinite Zero in 1996 and a nice vinyl repress on WB in 2007.

Posted by itslostitsfound at 22:41 2 comments: