Chocolate Watchband - No Way Out 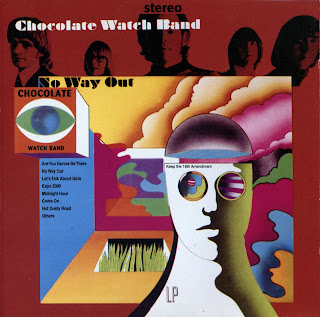 Tower 1967
01 Let's Talk About Girls
02 In The Midnight Hour
03 Come On
04 Dark Side Of The Mushroom
05 Hot Dusty Road
06 Are You Gonna Be There (At The Love Inn)
07 Gone And Passed By
08 No Way Out
09 Expo 2000
10 Gossamer Wings
Debut album from California's answer to The Rolling Stones. Unfortunately for the Chocolate Watchband, they fell foul of those awful 1960's deals. The contract gave full power to the producers who insisted on more covers than original material, removed Dave Aguilar's vocals and replaced them with a singer of their choosing on some songs and even having entire 'ghost bands' on some tracks.
Despite this, the album is still awesome and a psych must have. Material the band recorded went on to fill another two albums (along with more session player material), I'll be posting those in the future.
Posted by itslostitsfound at 23:15

In New World, many players are scrambling to buy Amazon New World Coins to upgrade themselves quickly in the game.